Both the men’s World No.1 spot and the Allam British Open title will be up for grabs tomorrow as defending champion Paul Coll set up a mouthwatering final clash with last year’s runner-up Ali Farag following their wins at Hull’s Allam Sports Centre

Coll, 29, overcame World No.4 Mostafa Asal in a lengthy battle that saw him control the pace and take the sting out of the match to nullify his opponent’s considerable attacking talents. He won 11-9, 11-9, 11-9 to reach his second successive British Open final. 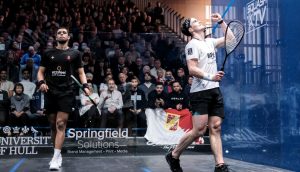 “Nobody gave me the World No.1 spot easy, so I’m not giving it up easy,” said Coll afterwards.

“I came in today with a game plan, the body and mind are both feeling great, he’s such a talent, he’s so strong that I had to execute my game plan to win, and I’m very happy to do that 3-0 in the semis.

“I was aggressive when I needed to be and defended where I needed to and executed my game plan from the first rally.”

Coll became the first male New Zealander ever to win the prestigious British Open when he overcame Farag in last year’s final and, since then, has become the first Kiwi man to reach World No.1, overtaking Farag in the PSA Men’s World Rankings for March.

But Farag will have the chance to reclaim top spot if he beats Coll in the title decider. Farag dispatched fellow Egyptian Mazen Hesham by an 11-8, 6-11, 11-7, 11-6 scoreline to reach his third British Open final. 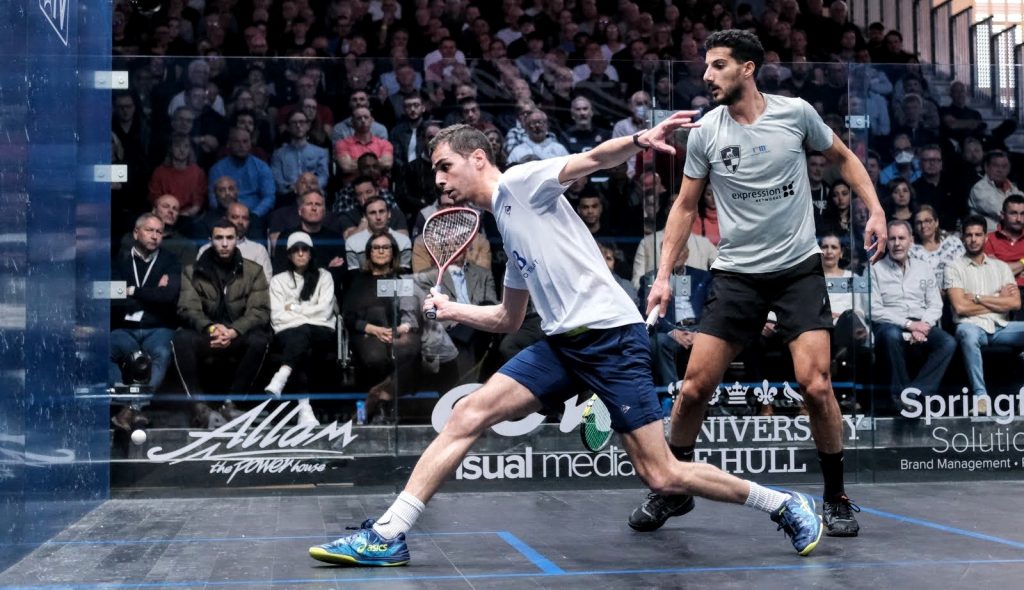 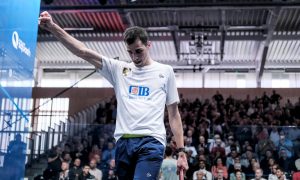 “I think I put a lot of work into him and in the second, I started a little too open and I tried to get it back, but with the repertoire he’s got in shots, he was too good and I couldn’t close the gap,” said Farag.

“I was a bit edgy in the third and I don’t think it was the best match we’ve played together but still very good considering the occasion. I’m just happy to be through to another final, thanks to Dr Allam for coming as always, it’s a pleasure having you sat here watching us. It’s his 10th year sponsoring the event, and we look forward to coming back every year, so thank you very much.” 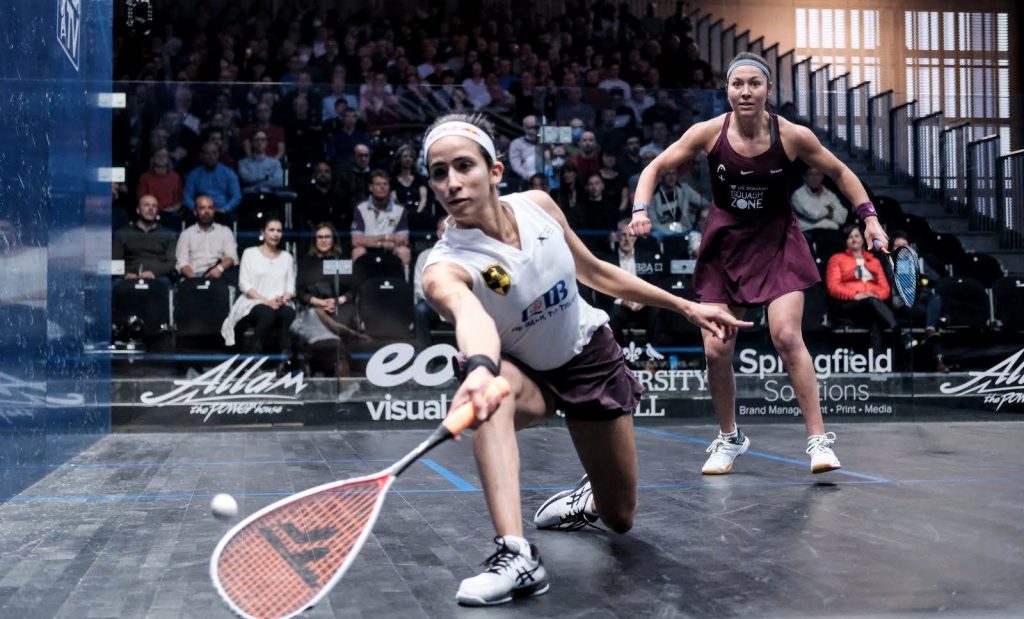 Women’s World No.1 Nouran Gohar became the first player since the legendary Nicol David in 2012 to reach nine major finals in a row as a blistering performance from the 2019 champion saw her put United States No.1 Amanda Sobhy to the sword. 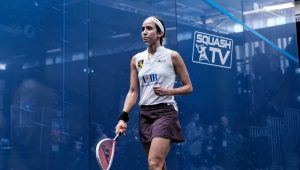 “We don’t have rest days, so I have to be efficient because I know I will need every bit of energy for tomorrow’s match,” Gohar said.

“Amanda is a tough competitor and I didn’t want to stay on court with her any longer because she will always try and find solutions and fight, so I didn’t want her to get back in the game.”

Gohar will now attempt to claim a fifth consecutive Platinum title after wins at the CIB Egyptian Open, U.S. Open, Windy City Open and CIB Black Ball Open earlier this season. Her final opponent will be World No.3 Hania El Hammamy, who reached her maiden British Open final after taking out World No.5 Joelle King in a gripping five-game contest. 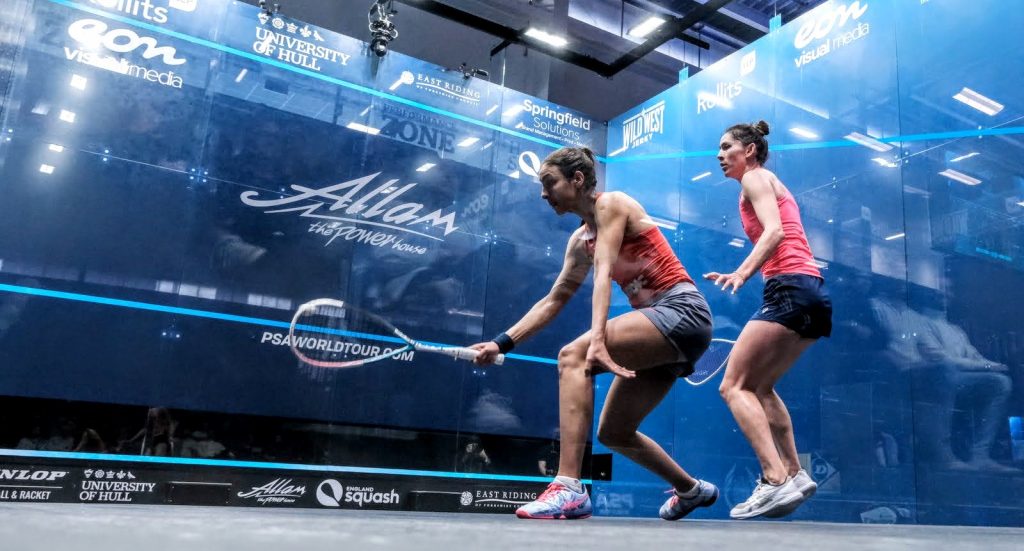 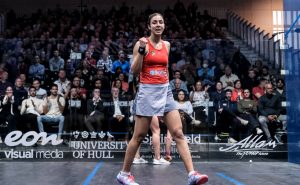 “The British Open is one of the most prestigious events on the tour and it’s any squash player’s dream to reach the final and win the tournament, so I’m glad I could go one step further here this season,” El Hammamy said.

“Every time Joelle and I play we seem to kill each other. Anytime I lose my focus I get chopped, so I had to focus really well today. I had to minimise my errors and keep telling myself to play safe and fight for every shot. I dug very deep, it’s always tough against her, so I’m very happy to get through.”

The finals of the Allam British Open will take place tomorrow at 15:00 (GMT+1). The action will be shown live on SQUASHTV as well as on the channels of PSA’s broadcast partners. 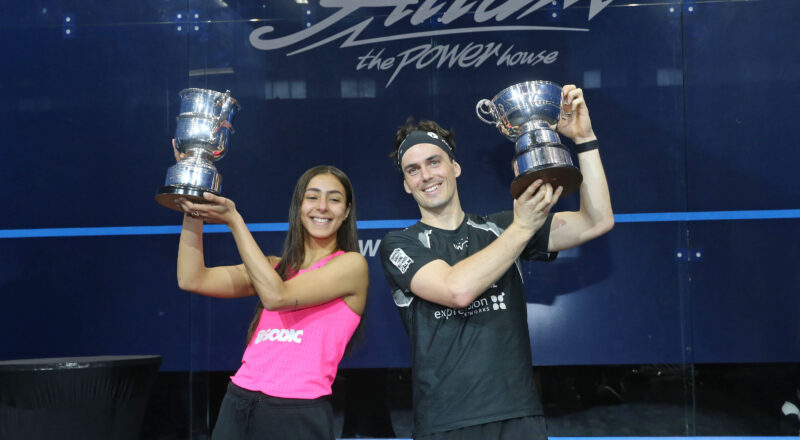 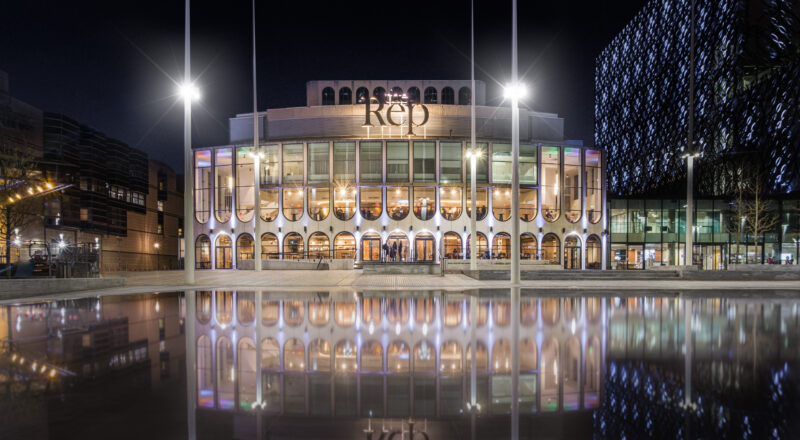 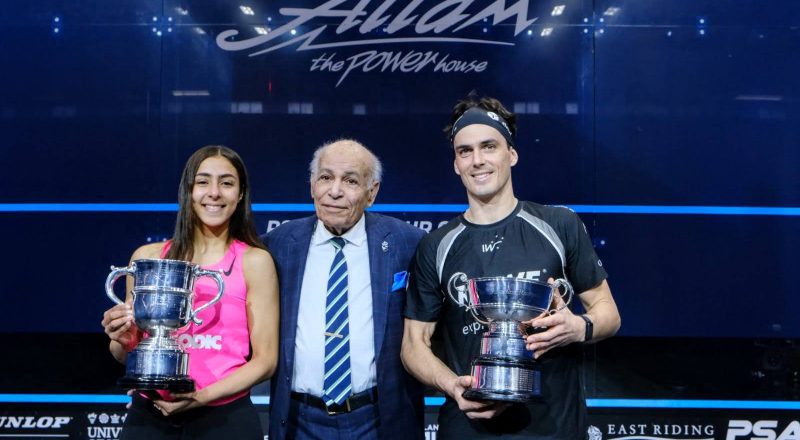